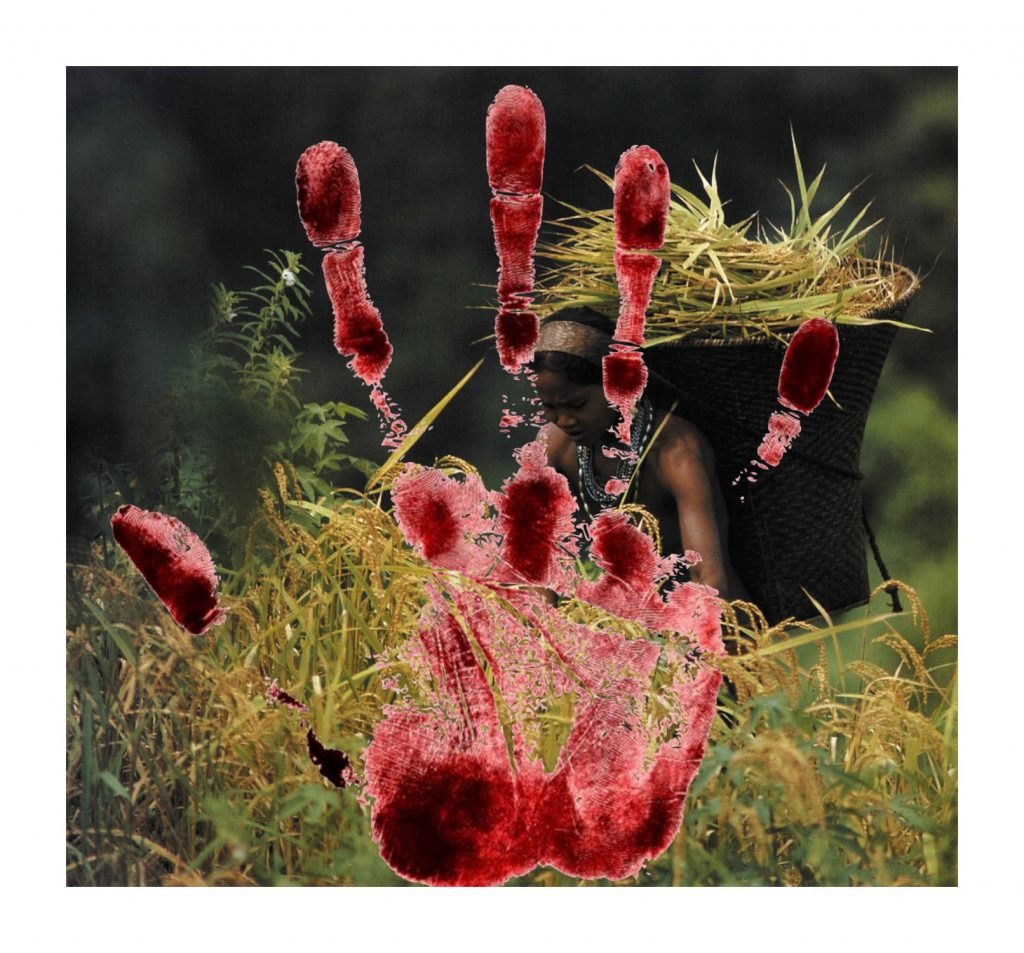 I have been gang-raped but I am not scared. There are hundreds of thousands of indigenous sisters and brothers in the entire North Bengal beside me. I’m letting it be known as a protest against the incident.

I am of Oraon background and was born into a poor family, in Natore, Northern Bengal. I now live in the Chapai Nawabganj district.

I was not privileged enough to get a higher education and studied only until the age of 14 to 15-years.  However, I did not allow this to be a barrier – I gathered my knowledge and experience from being a part of the movement of indigenous peoples for their rights.

After my first husband died in 1999, I got more involved in the movement of indigenous peoples in Bangladesh. I fell victim to a land grab attempt myself. I vowed to get my husband’s land back at any cost and began my movement against the land document forgers – alongside making a living through working as a day laborer, But after recovering the land – I was subject to more attack.

Whilst growing up, I tried to attend training sessions and events organized by NGOs such as Caritas Bangladesh. This way, I learned about leadership skills and connected with many local women. Whenever I had time, I would spend it with them to try to make them aware of their rights and other issues.

When I got connected to ‘Jatiya Adivasi Parishad’ (JAP), a people’s organization of indigenous peoples in North Bengal, Bangladesh, I made even more connections and began to attend meetings with the local women.

Then in 2011, I was elected as a member of the Union Council, a local government body. I am also now the president of the Chapai Nawabganj district committee of JAP.

Indigenous peoples tend to be reluctant to make use of the legal justice system here because of fear about possible harassment from prolonged and costly court procedures – however, I stayed calm and used the legal justice system to recover land from land grabbers. I won case after case and continued a sustained movement against them through organizing popular public actions – together with my indigenous sisters and brothers. Yet, I was still physically unable to take back my land.

After attending a ‘long march’, organized by JAP in 2009, I was even more determined to take back my land. I organized female workers in my village and finally took part in possession of my husband’s rightful land. So far about 38 bighas (approximately 15.22 acres) out of 48 bighas – out of my husband’s land have been recovered. This encouraged me to work more for the people.

Despite receiving my land back after winning my case in 2011 – the perpetrators filed a case against me (in relation to the land) – making false allegations to harass me. They couldn’t show any of the documents (to proof they owned the land) and the case is still ongoing (up to now). There’s another hearing next month.

Then in late July 2014, a land grabber aged 60, from whom I recovered some land belonging to my husband demanded some three hundred thousand takas, which is approximately 4,000 US dollars, as compensation for the recovered land. I refused to give him any money.

On 4th August 2014, whilst I was working in my rice field with my fellow workers, the same land grabber came again. This time he came with a group of 30-35 people and further demanded money. Still, I refused.

They tortured me with sticks and sharp weapons, and then, I was dragged into an open space. Three of the perpetrators – aged 30, 25 and 35 – forcefully raped me and looted valuables from my house whilst leaving the scene. I survived but had serious injuries.

This heinous incident agitated people – indigenous and non-indigenous alike across the country – and thousands of people across Bangladesh got together to demand justice for me.

However, after being arrested all of the perpetrators were bailed and although the court has issued a new charge sheet, none of the accused have been re-arrested as yet. I assume that actions are not being taken against the perpetrators due to ongoing political unrest in the country.

Upon my return home from the hospital, I called upon my community people – and together we planted rice seedlings on my rightful land. These lush green seedlings will grow and turn golden soon – and with the golden rice – golden days will come for me and for the indigenous peoples in Bangladesh.

I keep this dream in mind. I believe, like me, many indigenous women will come forward one day (to fight this cause).

[1] Earlier this monologue appeared in “SIPPI vol-10; Yearly magazine of The Young Bawm Association (YBA)”, a little magazine published from Bandarban. The original version of this piece (by Bablu Chakma) was published in “HerStory Retold” (2014) a publication of Asia Indigenous Peoples Pact (AIPP). Later it was rewritten in monologue format by Marie-Danielle Aumord in association with Bablu Chakma.