Most recently, a debate has emerged among government officials, journalists, academics and politicians on the question of indigeneity of indigenous peoples in the Chittagong Hill Tracts (CHT).

They argue that the current ethnic groups living in the CHT are not indigenous to the CHT. They claim that they came from somewhere else, mainly pointing to Arakan of Burma.

The concept of indigenous is applicable to those populations who live in a given place or territory for a long period of time (i.e. for centuries or thousands of years).

In this sense, the population of Bangladesh, including the CHT groups are indigenous to Bangladesh. The concept of indigenous peoples is a very recent phenomenon.

According to the United Nations (UN) definition, the indigenous peoples are existing descendents of the original inhabitants in a given territory who have been reduced to minority status today due to invasion, conquest, colonization, settlement and other means by the people coming from overseas.

This definition is applicable only to the indigenous peoples living in Australia, New Zealand, the pacific Rim Islands, and the North and South America (also called New World) .

The Europeans, since the discovery of the Americas by Christopher Columbus of Spain in 1492, reduced the inhabitants of the New World population into minority status through conquest and colonization.

The indigenous peoples of these continents are variously known to the non-indigenous people as Indians, Natives, Amerindians, autochthones, Aborigines, Fourth World, First nations, First Peoples and so on.

This definition is not directly applicable to the indigenous peoples living in developing countries of the world. Due to this reason, the Chinese and the Indian Government for example refused to accept this definition.

They argue that we are all indigenous to our land and we have not come from overseas or conquered the people. They maintained that they have rather ethnic groups called tribal people, scheduled tribes, national minorities, etc.

Three criteria are used to identify the indigenous peoples: (1) the people who relatively live in isolated regions from the mainstream population; (2) they have been able to preserve their language, culture and identity without much impact from the outside world due to their relative isolation; and (3) finally, they are not familiar with the state structure such as police, administration, courts, army or modern market system.

Basically, they are kin-based societies who mostly owe allegiance to their lineage chiefs, clan chiefs and tribal chiefs where power is not centralized and lacks coercive power.

Thus, the CHT ethnic groups are indigenous peoples in the CHT from the point of view of the second definition of the UN. They have been (not now) relatively isolated for a long time from the mainstream Bengali population of Bangladesh.

They have been able to maintain their distinct cultural and ethnic identity because of their relative isolation from the people living in the plains of Bangladesh.

No one knows who had first lived in the CHT because of the absence of recorded (both written and archaeological) evidence.

We primarily have oral traditions through legends and stories describing migrations, inter-tribal feuding, raids and expeditions.

We find documented records on the CHT region only from the old colonial documents and descriptions left by colonial administrators such as T.H. Lewin and other European writers.

The colonial records show that the CHT was populated by a dozen indigenous groups who have distinctive cultures, languages and identities.

The region of the Chittagong Hill Tracts appeared on the first map of Bengal made by Joao Baptista Lavanha in about 1550.

The map shows a settlement called Chacomas in the area inhabited by one of the indigenous groups now known as the Chakmas as early as the sixteenth century (van Schendel, Willem, Wolfgang Mey & Aditya Kumar Dewan. 2000.

Therefore, the CHT ethnic groups can make legitimate claim that they are the indigenous inhabitants of the CHT and no non-indigenous people had ever lived in the CHT before them.

The nonindigenous people began to settle in the CHT only from the beginning of colonial administration, not before 1860 when the CHT was created as a separate district (within greater Bengal) with the status of an excluded area.

The recent emergence of this debate is more political and ideological to deny the obligation of the government to recognize the rights of indigenous peoples in the CHT.

Over the past ten years, there have been many resolutions and declarations on indigenous peoples rights at the UN and international level.

Some academics and journalists also refused to call them indigenous and many attempts have been made to distort the real history of the CHT.

There are hidden objectives behind all these denials to keep the indigenous people marginalized.

They fear that the use the term “indigenous people ” may oblige the government to recognize and respect the rights of people the CHT in accordance to the UN definition of rights of the Indigenous peoples.

Today, indigenous peoples in Bangladesh are not passive, as their backs are against the wall. They led an armed struggle for regional autonomy and signed a peace agreement with the Government of Bangladesh in 1997.

However, the Peace Accord has not been fully implemented and many critical issues such as land rights has remained unresolved.

For this broken promise (Peace Accord), the CHT indigenous peoples are now fighting back to assert their rights ( full implementation of peace accord).

Topic: Chittagong Hill Tracts, CHT, declarations on indigenous peoples, ethnic group, Indigenous, indigenous people, Nrigosti, the status of an excluded area
The articles published in Jumjournal may lead to informational errors or you may have disagreements with any of the articles. You can also write in jumjournal with your opinion or send us your writing with correct information. To send us your write up or If you have any inquiry please contact - [email protected] 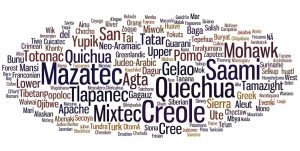 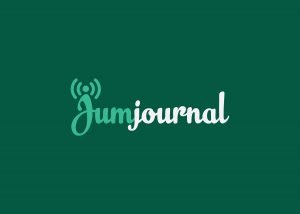 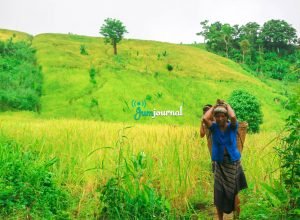