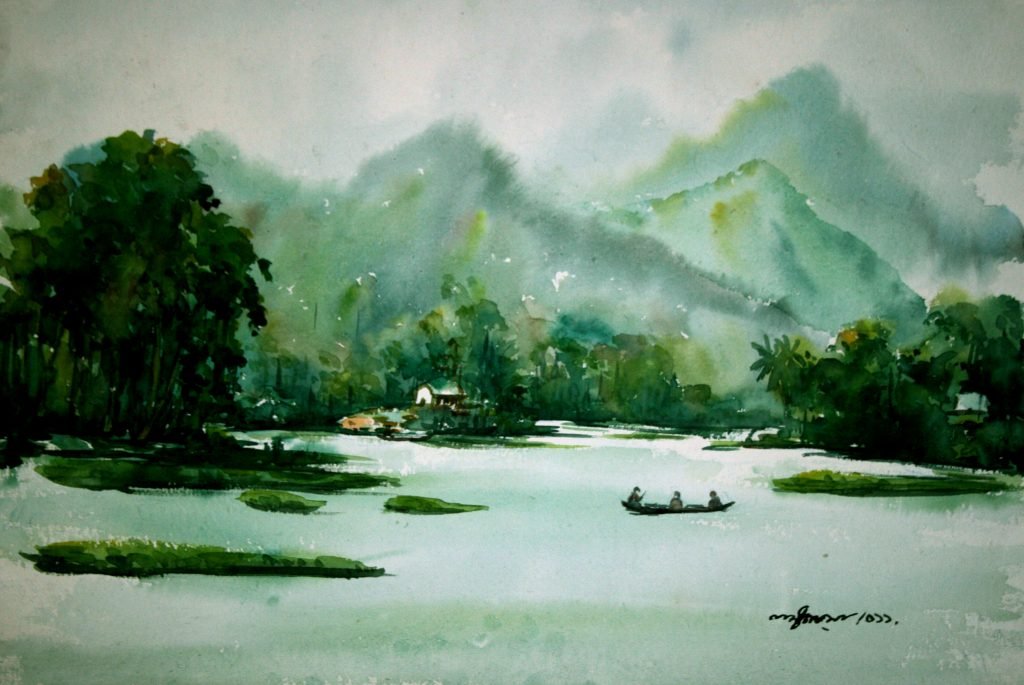 Introduction: The Chittagong Hill Tracts (CHT) region, an area of 6,796 square miles in 1870 and presently 5,089 occupies the southeastern periphery of Bangladesh and shares international borders with Tripura, Mizoram, and Arakan, is famous for the Blue Mountains, high altitudes, rich flora and fauna, natural resources and distinct culture of ethnic mongoloid peoples with their long historical and administrative backgrounds. The exotic beauty of nature, beautiful Kaptai Lake, beautiful landscapes with mount Furomon and Chimbuk mixed with colorful ethnic diversity and their vibrant cultures have made the region a heaven of the mother earth.

Unfortunately, neither politocracy nor bureaucracy has sound knowledge about this region and its ethnic peoples. They even do not know the exact names, ethnic numbers and their administrative history during Pakistan, British and pre-British periods. In most of the cases, they perceive one-sided area; as a result fail to adopt a right policy for good governance for the prosperity of the Jumma people to help them match paces with the mainstream through ‘Unity in diversity’, a liberal and progressive policy.

Confusions in names and numbers: It is very important to examine exact numbers and actual names or spellings of the IPs of CHT, as there is confusion on the names and numbers and it is basically because of ignorance or shallow knowledge of writers or researchers. Parbatya Jana Samhati Samiti (JSS) has however given accurate numbers1 (Chakma, Marma, Tripura, Chak, Murung, Khiyang, Khumi, Lushai, Bowm, and Pankho), according to an article written by Advocate Janendu Bikash Chakma in the nineties. JSS, however, now includes another people-Tanchyanga. The reason behind is a continuous demand for their separate identity by an affluent quarter of Tanchangyas and their recognition by the Govt. in 1989.

The Bandarban Hill District Local Government Council Act, 1989 recognizes Uchai as a separate people, which is controversial in CHT. This way the Govt. officially recognizes 12 ethnic peoples through Hill Dis. Local Govt. Council Acts of 1989. Riangs are also not considered as a separate people in CHT as it belongs to the Tripuras, according to the Tripura leadership.

Capt. Lewin categories eight peoples in three heads but does not tell that they were all inhabitants of CHT, which confuses readers, writers, and researchers. He writes, in group A: the Tipperahs, or mroongs, the Khumi or Kweymee, the Mroos, the Khyengs; in group B the Bungees, the Pankhuas and in group C: the Lushai, or Kookies and Shendoos, or Lakheyr. And also broadly discusses Chakmas and Marmas. Capt. Lewin shows in 1870 that the Shendus were “entirely independent”.2 He gives a vivid picture of his expedition to the ‘Shendu country’, reaches to its close proximity on 14th December, 1865 crossing through the Bhomong via Ramakri Khyoung and “Pee Khyoung, an affluent of the Koladan River”, in Myanmar. Census of 1901 and 1951 do not also show the presence of the Shendus and Dainaks.

The 1951 census records 12 peoples: Kuki, Lushai, Pankho, Banjogi, Mro, Khyan, Khumi, Tipra, Tanchangya, Riang, Mugs (Marma) and Chakmas as the tribal group in CHT. It does not mention about the Shendus (Lakheyr) and Dainaks. Some researchers give the wrong idea based on improper research and shallow knowledge on the names and make overlapping on the numbers of IPs. ‘In the Sylvan shadows’3 we find: “ It is inhabited by variety of tribes of which special mention may be made of the Chakmas, Maghs, Murangs, Tipras, Kukies, Bams, Lushais, Tanchangyas, Dainaks, Khyangs, Chhaks, Pankhos, Banjugis, khumis and Shendus.” How is it possible to record 15 peoples in 1983 while it is found 12 in 1951 Census?

The Chakmas and outsiders call the Pangkho, Bawm and Lushai peoples as Kuki, which is deprecating to them. Of course, Kuki people can be found in north-east Indian states, basically in Manipur. “The Lusei tribe was referred to by British writers as Lushai. There are many interpretations of the origin and meaning of the word Lushai.4 A Govt. booklet published in English in 1993 by Special Affairs Division includes one ‘Khoshe tribe’ (page 62). This might have been meant for the Khumis, a bright example of sheer ignorance about the CHT peoples that demands an amendment.

Indigenous Identity: the colonial term ‘term’ or ‘Upajati’ is strongly enforced in official documents. Of course, in some rare Adibasi/indigenous words are also used and uttered, but; finally, it is not recognized. The CHT Regulation, which is still in force, recognizes the terms ‘indigenous’ and ‘Hillman’ to mean the mongoloid indigenous peoples of CHT. ‘Pahari”, the Bengali meaning of ‘Hillman’ is also a commonly accepted term by both Govt. and IPs. The term ‘tribal’ is considered as degrading and colonial. The leftists use the term ‘ethnic minority’ and ‘microscopic nationality’. However, the yearly celebration of UN International Day of the World’s Indigenous Peoples and the Indigenous people’s Decades make the term ‘Indigenous peoples’ very popular among the IPs. The civil society and media have also been strongly advocating ‘Adibasi’ and ‘Indigenous peoples’ term.

‘Jumma’ Nation: In the beginning of eighties, an interesting feature in CHT has been the consolidation of ten ‘indigenous’ ‘hill peoples’ into one distinctive political identity- the ‘Jumma’ and ‘Jumma Nation’, to protest the extreme Bengali chauvinism resulting the emergence of a consolidated ethnic nationalism in the periphery against extreme Bengali chauvinism at the center and the first one is for survival while the later is for subjugation. M.N. Larma, JSS president had proposed ‘Bangladeshi’ against ‘Bangali’, for the national identity, but his cry for his identity could not melt the hearts of ‘democratic and socialist, treasury benchers in October 1972.

The term ‘Jumma’ derives from the word ‘jum’, a slash and burn method of cultivation or a plot of this Jum field and also meant for mountains. The Chittagonians, Bengali dwellers of neighbouring Chittagong district call ‘Jummah’ to mean the Chakmas, and this term is considered as derogatory. However, they used to use the word ‘Jum’ also to mean CHT or land of highlanders. Among Chittagonians if someone asks someone’s whereabouts and the reply could be “Jumat geye” (He has gone to Jum), I.e. he has gone to the mountains to mean CHT.

Dr. Tone Bleie from Norway writes “In Bangladesh the original inhabitants (known internationally as the Jummas) of Chittagong Hill Tracts…..”. This, actually, has been possible through internal advocacy and external campaign by JSS, however, it could not make the Govt. agree for the name ‘Jummaland’, a demand put forward in 1988. But, we can see, present Mizoram, former Lushai Hills District which got this status in 1952 under the 6th schedule was christened to Mizo Hill District in 1954, after the demand of the Mizos. And this status was upgraded to Union Territory in 1972 with the new name Mizoram. Finally, it got the statehood in 1987 as a result of the Mizoram Accord.

Conclusion: It is important to determine the exact numbers of IPs in CHT and their correct names and spellings, both in Bengali and in English. Therefore, it needs to conduct a massive research for formal Govt. declaration. In this process, the Chakmas will have the scope to decide on their identity- Chakma and Changma. Similarly, The Lushais may also decide to be known as Lusei, the way Murungs have started identifying Mro. This can also be seen with the Garos of greater Mymensingh, a name given by outsiders against their own term- Mandi. It is the free choice of the IPs to be known the way they prefer. Now the time has come to recognize their right identity. Hence, a proper study of their administrative history with a changed softer mindset is a prerequisite condition. 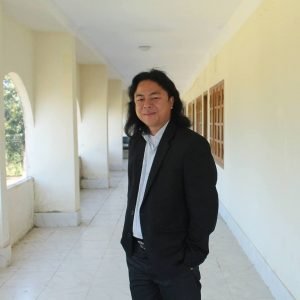 Racism – Why fight over superficial differences when made identical on the inside?